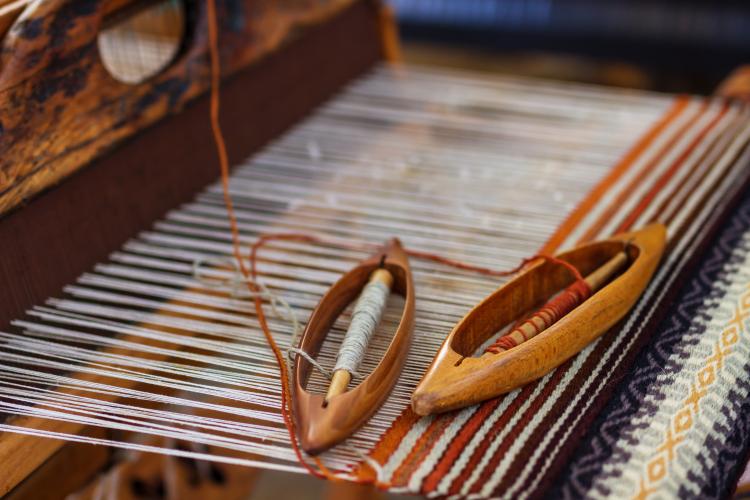 There are many ways to make a beautiful rug. Whilst the traditional method of handknotting fashions the finest and most intricate pieces; newer techniques such as handtufting and handlooming have emerged as fabulous alternatives for less than half the cost.

The origins of handknotted rugs date back thousands of years to the nomads of the Central Asian Plains. These nomads began knotting rugs from the wool of their herds to keep warm during the freezing winters and eventually evolved into a beautiful way to decorate their tents or yurts.

Whilst there are numerous knot types, the general concept is universal. Each knot is carefully tied by a skilled artisan on a vertical loom. The knots are tied across a warp and weft, which acts as the base; holding everything together.

The clarity and intricacy of the design is ultimately determined by the number of knots per square inch and in many cases this count is directly linked to the cost and perceived quality of a rug.

Starting at about 40 knots and going upwards to 2,000 per square inch, there is a consensus that anything over 100 knots is considered a high-quality rug. For very complex design, 200 knots would be the minimum.

Due to their density, craftsmanship and use of premium wool handknotted rug are the most durable. It takes between 4-6 months to make a handkotted rug in 300 x 240cm. In our most frequently sold quality of 100 knots, a rug this size will typically contain around 30,000 individual knots!

Its little wonder why handknotted rug last a lifetime.

The process begins by stretching a piece of canvas over a frame. The pattern of the rug is detailed on this canvas, along with the corresponding colours to be used. Then, the weaver skilfully punches strands of wool into the ‘map’ of colour and design that has been carefully drawn.

The wool or bamboo silk is ‘punched’ into the canvas by use of a handheld tool called a Tufting Gun to create a strong and robust pile. Whilst this method cannot produce the same fine detail as handknotting it is less labour intensive, and rugs can be made in about a quarter of the time.

Once the design has been completed, a commercial grade latex is applied to the back to permanently secure the tufts in place. After this, an additional canvas material is applied to the underside of the rug to ensure it remains strong and straight.

Whilst they might not ‘last a lifetime’ like a handknotted piece, handtufted rugs will still last a minimum 15 years in high traffic areas and are still beautiful, rich works of art.

The process of hand looming involves between 2-4 people working in unison to operate a large hand looming device. When making a new design or quality, considerable time goes into pre-planning to recalibrate the loom for its specific purpose.

This process of rug making principally involves interlacing the warp and weft, which is facilitated by the loom itself. Then the weavers manoeuvre the wool or bamboo silk through and between the interlacing by hand, layer by layer. After each layer, they are then compounded beater to ensure each series of knots is tight and secure.

This is by far the most time efficient way of making quality rugs by hand. As such, handloomed rugs are characterised by a luscious thick pile and strong textural depth. At Hali we ensure that we continuously employ the same premium materials in our handloomed rugs that we use in our handknotted pieces so that they have an similar shine and aesthetic.

Follow the steps below and one of our design consultants will get back to you.

Thanks for sending your request. One of our design consultants will get back to you.